Its been ages, but I finally managed to organise dinner with a friend at Sushi Choo. Ever since I heard about their all you can eat offer, I've been meaning to organise this. I can't think of a proper reason as to why we didn't go earlier. I guess I was just too lazy in organising!

The day finally comes around and being bored, I decided to read up on some of the reviews for Sushi Choo. I wish I hadn't done that as there were numerous comments regarding the rice not being fresh, lack of variety etc etc. I was almost tempted to change the dinner venue as I was taking my friend there for his birthday. And the last thing I want is a bad experience for a birthday dinner. 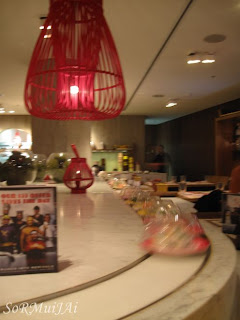 I'm glad I didn't listen to the reviews and actually went to Sushi Choo. We rocked up about 5mins past 6pm, and half the restaurant was already full!! We seat ourselves down, armed with chopsticks and started tackling the sushi train. I must admit, the first 10mins was quite disgraceful. We're like starved wild animals, eating everything we can lay our hands on!! 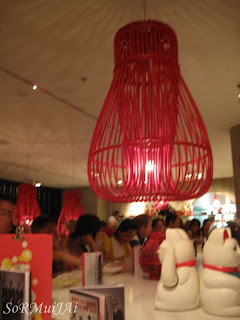 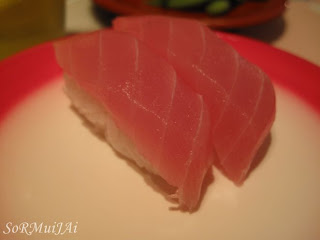 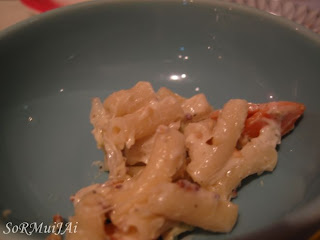 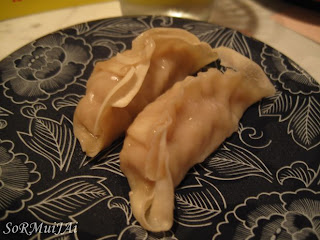 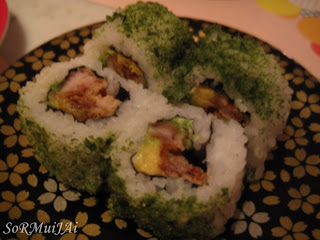 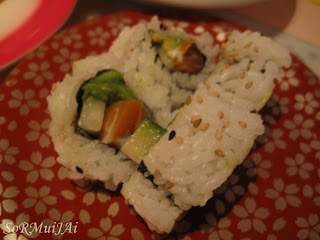 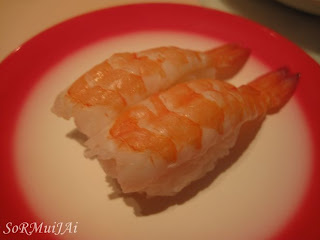 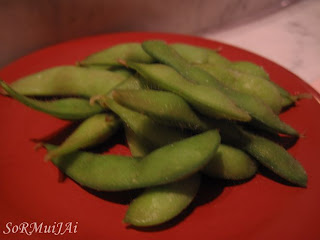 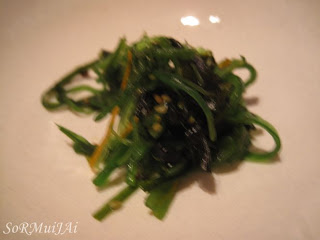 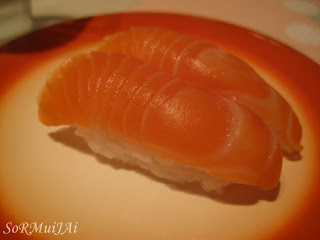 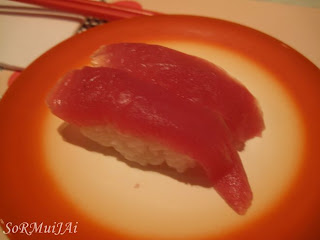 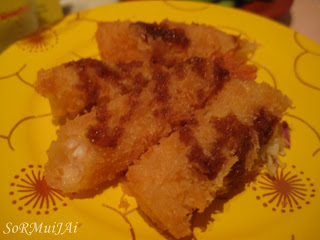 Crumbed prawns
The variety of sushi isn't huge, which was kinda expected for all you can eat. I was just disappointed they didn't have my favourite tamago sushi! I thought it would've been relatively cheap to make? *Shrugs* They've also stopped serving the potato croquettes, which was a huge disappointment because my friend was soooooo looking forward to it.

The outstanding winners of the night would have to be the uber fresh salmon and tuna (Although there was a noticeable difference in the grades of tuna served throughout the night), the seaweed salad and the Gyoza! OMG! yum yum yum yum yum!! Definitely my favourite for the night. The Gyozas are steamed and not fried, but it offered a nice change to the cold sushi. (As did the crumbed prawns, but it became a bit oily after awhile) The only complaint would have to be at one stage during the night, a particular batch of gyoza was terrible! I'm not sure if it was a vegetarian version or something, but it tasted of raw daikon, and lots of it. It was also really REALLY soft and mushy. I initial response was to spit it back out, but managed to remember my manners. I was very paranoid about it for the rest of the night. Every time I picked up a piece of gyoza, I was hoping, half praying it wasn't that weird batch we had. Luckily, every batch we had after that was fantastic.

I was quite impressed by the sushi in general. Unlike other all you can eat places where they give you heaps of rice and a tiny piece of fish, Sushi Choo had a pretty good rice to fish ratio. I did find a few pieces of sushi where the rice was more over cooked, but nothing drastically bad about it. The overall quality was pretty good, especially since they were churning out masses of sushi non-stop the whole night!

Next time I need to sit closer to the beginning of the sushi train! We were seated half way up the train, and the couple next to us liked the exact same things we did! I'm pretty sure I gave them the evil eye every time they took a plate off the train that I wanted! hehe

With the Feast for the Senses specials on for Merivale right now, I think they're removed the early bird / all you can eat special for Sushi Choo. I'm hoping it'll be back soon!