Life is finally starting to get back to normal after dedicating 1 month to the world cup. I thought life could rsume quickly after that, but I've spent the last few week rebuilding my room and also playing StarCraft2! I have a 1 week quiet period coming up before we totally gut out kitchen and rebuild that too! I'm not sure how we're going to survive for a few weeks without a kitchen inside the house. Looks like I better cook up a storm now and settle for eating out when it does happen.

Lately I've been in a real Japanese food cooking mood. 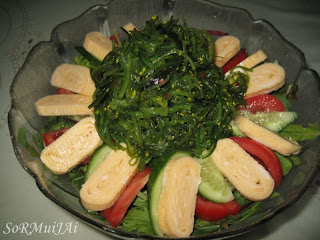 Japanese seaweed and tamago salad
The seaweed salad was store bought, luckily the grocery stores now sell them by the kilo! Tamago was made with my trusty tamago pan, all sitting on a bed of lettuce, cucumber and tomatos. I topped the whole thing with some light Japanese salad dressing. 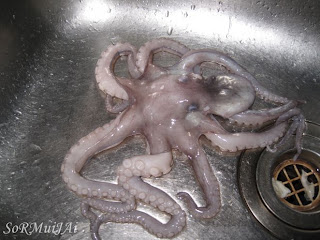 Paul!
Its ok, I love paul. This is Paul's distant cousin! hehe So why did I need octopus? So I can slow cook it for takoyaki! 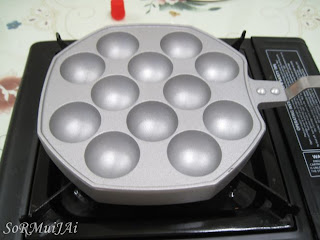 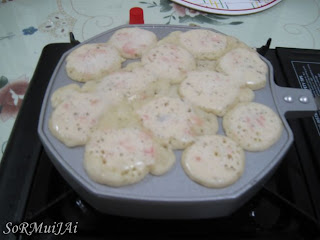 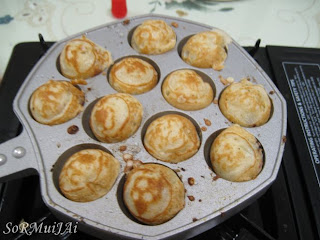 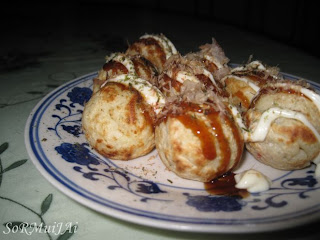 Not a bad first attempt!
The batter was a bit thick for the first few goes. By the time I had the batter worked out, I had run out of octopus. I ended up using anything I could find in the fridge to keep making these babies! haha 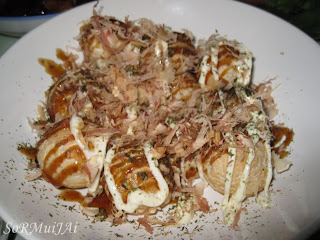 2nd attempt
I invited some friend's over for dinner just so I had some more guinea pigs to try out my takoyaki. 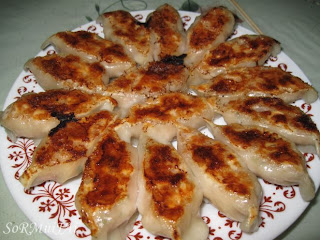 Gyoza
Pork, prawn and wongabok gyozas. I served these with a soy and rice wine vinegar dipping sauce. I love cooking and presenting gyoza this way, its so awesome looking when you plonk it down in the middle of the table. 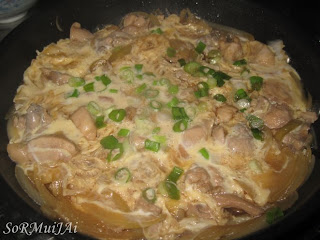 Oyako don
Super fast and easy dish to make. I cooked up a huge pan and just served it over boiled rice. 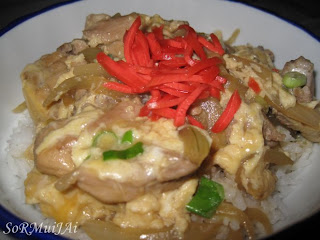 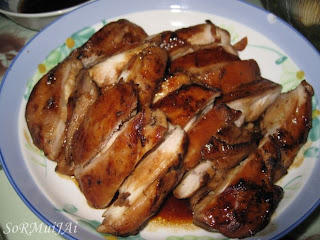 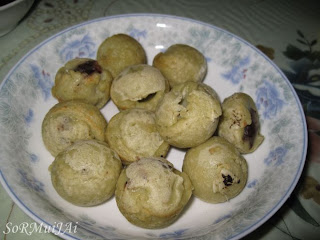 After serving all that savoury food, I thought I'd whip up an impromptu dessert. Sweet takoyaki balls! Basically the batter was a sweet green tea mixture, and the filling was a red bean paste. I ran out of batter half way through making the batch, so there are some half balls in there haha. Still tasted awesome though, especially when its still warm and soft served with ice cream!
Posted by SoRMuiJAi at 8:38 PM

I've used cheese and spam before in takoyaki, pretty good! And since little octopuses are hard to get, I have used cut up cuttlefish balls too :-)

I resorted to using imitation crab stick I had to dig out of a left over spring roll! lol I was desperate ;)