The Apprentice (of the Non-TV kind)

Ever since I found out about the existence of The Apprentice, I've been meaning to make a booking. Its taken me almost a year and a half to make a booking, but hey, I got there...right? The Apprentice is basically a training ground for thei culinary and hospitality students as a way to gain experience by running their own high end dining restaurant...at a fraction of the price.

A sent a few emails to my friends, and next thing you know, a date was set and we had a booking. After gorging on all sorts of sweets for morning tea, I arrived at The Apprentice expecting a 4 course meal. Can I indulge or what? 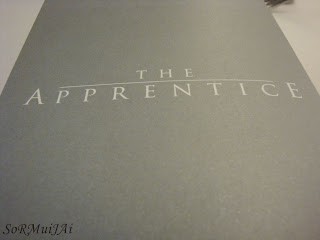 There were no choices from the menu and all food was to be served banquet style with alternating dishes on the table. 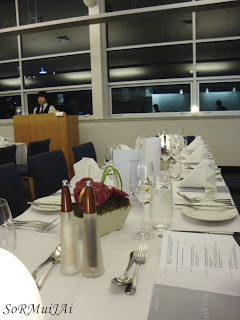 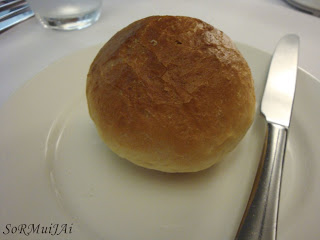 Bread roll - made by the students
I know bread rolls are nothing special in general, but these ones are made by the students. And there were real mixed reviews on these. Some of my friends had lovely crusty bread rolls, some had soft fluffy ones, whilst I drew the short straw and had a ROCK HARD roll. I was able to play out a tune by bashing my knife against the bread, and accidently caused the bread to go flying across the table when I tried to cut it. Others enjoyed their bread with alot less playing than me ;) They were also very generous with the bread, bringing the bread basket around a few times. 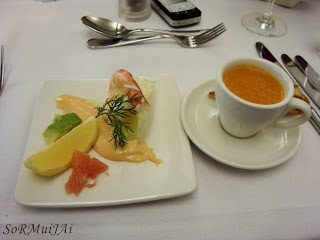 This was the first service ever for the students working tonight. So there was quite a bit of confusion as to what was going on, meaning I ended up being given 2 appetisers instead of 1. The prawn, avocado and grapefruit salad was basically a done up version of a prawn cocktail. The addition of the grapefruit did give it a lovely tang though. My favourite would have to be the carrot and red pepper soup though. It was thick and hearty. I would love a big bowl of the soup and bread on a cold winters day. 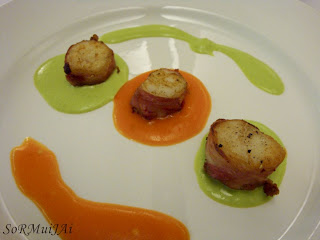 I'm pretty sure the scallops on this dish should be warm, but they were stone cold as if they were taken out of the fridge to come to room temperature. I actually didn't mind the fact that they were cold, but I wished the scallops were slightly bigger. Each scallop was about the size of a 10c piece. With those complaints aside, the pea puree was heavenly. Fresh and creamy with a slight nutty taste. I tried to scrape as much of the pea puree off the plate without looking like I was trying to lick it. 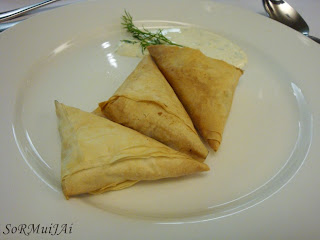 These tasted similar to the Turkish Icili Koftes and was filled with lovely spicy lamb mince, plump sultanas and pinenuts. This would be my favourite out of the two entrees. 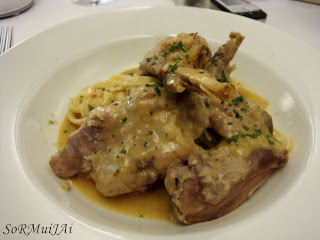 Rabbit Fricasse with fettucine
I'm a huge fan of Gordon Ramsay's "The F Word". I was watching it with my friend once, when Gordon Ramsay made a Rabbit Fricasse with Tagliatelle. My friend immediately went "OMG!! YUM!!! MAKE THIS FOR ME!!". So when I saw the same dish on the menu, I just HAD to get my hands on it. So when all the mains came out, there was a lot of swapping around, and somehow I managed to get the rabbit.

Now, although I've never eaten Ramsay's version of the meal, I know it did not taste like this. For one, the rabbit was severly overcooked, to the stage that a few of us could not cut into the meat. I was expecting the rabbit to be lightly pan fried,to keep it moist, or stewed until it falls apart. This was neither, and the same goes with the pasta. Parts of them were al dente, clumps of them were undercooked and stuck together. However, the sauce for this was delicious. I would've been happy with the pasta and just the sauce. 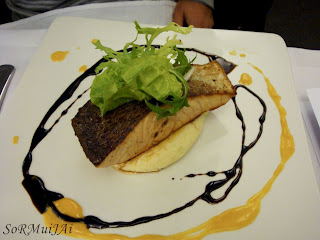 I didn't try the fish, but it looked too overcooked and dry for my liking. I like my salmon really pink in the middle. This was completely cooked through. 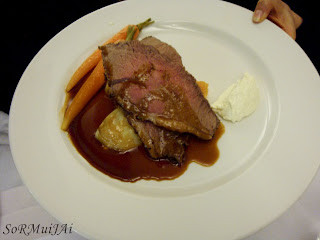 Despite the beef looking fairly pink, I was told the beef was extremely tough. Some people got well cooked pieces (see below) and some medium rare, but all commented on how tough the beef was. It looks like they had cut the beef on the wrong grain making it impossible to cut through with the dinner knives they gave us. 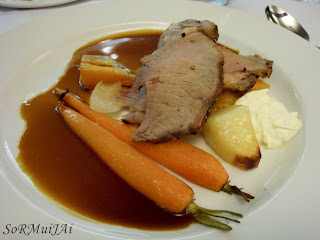 I think all the mains were quite disappointing for our table. Luckily, dessert made up for some of that disappointment. 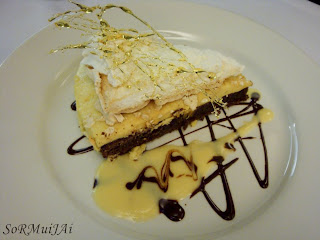 I'm definitely not a chocolate orange fan, but I didn't mind this. The gateau was more of a choc orange brownie with meringue ontop, but it was still a nice dessert. 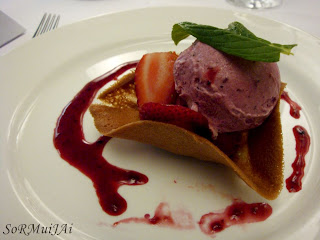 Tuiles basket with berry sorbet and berry coulis
The sorbet was more like ice cream, but it was still lovely and fresh anyway. The tuiles were light and crispy and went really well with the ice cream.

Despite my criticisms above, I actually really enjoyed myself. Its probably a good idea to keep in mind that they're students in training, and don't expect a 5 star cuisine and service. SOME people were quite inconsiderate of how nervous some of the students were. Mainly, a waitress was clearing our table of the mains, and this inconsiderate guy, PUSHED past her, knocking her plates over and onto our stuff. Now, he could easily have waited the 10secs, or walk around the table, but he had to push past her.

For $27, you get a 4 course meal, and they even served tea and coffee afterwards. What a bargain! We're planning on going back in a few weeks after the students have had more experience and were less nervous.
Posted by SoRMuiJAi at 9:20 PM