I love going on holidays. Especially if it involves going overseas to a foreign place I've never been to. Except being in Australia, the only way to achieve that is by flying. I remember the days as a kid I used to love flying. I would get so excited leading up to the flight that I would lose sleep over it. Now days, I wish I could just skip the flying part and teleport straight to my destination.

I guess the plus side is that 90% of the time I fly Singapore Airlines, which is probably one of the best ones you can fly with. I can't imagine going with another airline after so long. Surprisingly, their food isn't too bad either! Here are some of the nourishment I've had whilst travelling: 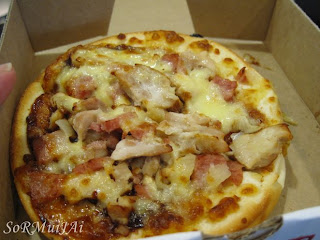 Eagle Boys Bacon and Chicken pizza
With so much waiting time to be done at the airport, and not wanting to waste luggage space on duty free on my way out of the country......the only option is to eat! 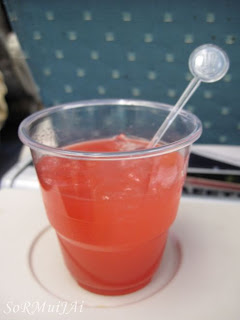 Singapore Sling
My friend didn't believe me alcohol was free the first time he flew with Singapore airlines. Not only do they have free grog, they also make you cocktails! A few of these and flying suddenly becomes a lot easier ;) 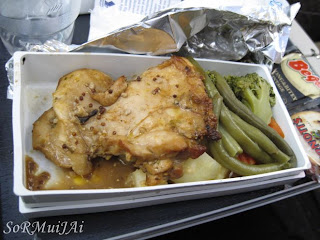 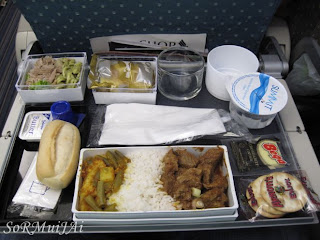 Beef rendang with curried veggies and rice
Surprisingly really tender and moister for something that has been reheating for ages. 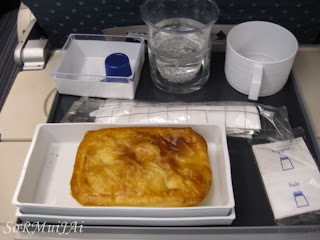 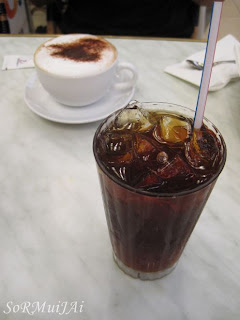 We arrive at Singapore airport at 10pm, and our connecting flight doesn't leave for another 2 hours. Surprisingly, the airport was STINKING HOT. It was as if the air conditioning wasn't working! I immediately ordered an ice cold tea whilst my friend opted for a coffee to try and stay awake. 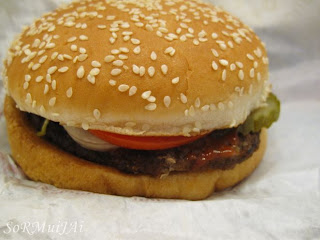 We were also planning on skipping the first meal of the flight so we hit Hungry Jacks for a whopper. 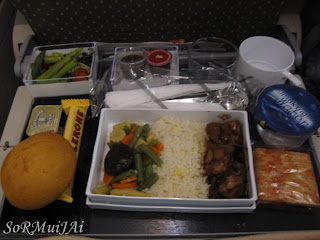 Chicken and veggies with mushroom and rice
Despite our intentions of sleeping through the first meal, our stomach was louder than our intentions. This was actually really tasty! AND you get a whole toblerone bar which we stashed for a later snack. 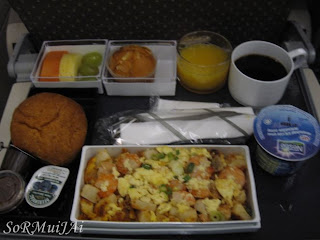 Fried radish cake with prawns
Oh man......this is one of the best meals I've ever had on SIA. And its probably one of the better radish cakes I've had, even compared to the Singapore Hawker stalls! (Mainly because it wasn't as oily as some) It also came with a tub of sambal which really woke up the taste buds! 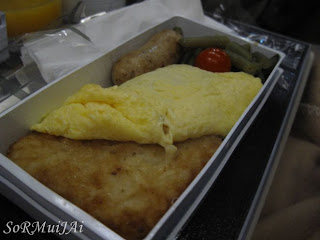 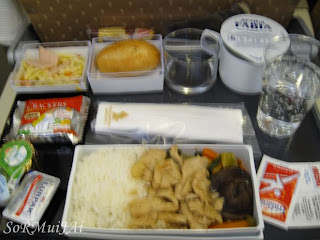 Another version of the chicken, mushroom, veggies and rice. 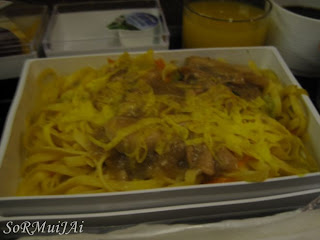 Some type of pasta dish. Look how blurry it is! I can tell you it was a very bumpy flight! 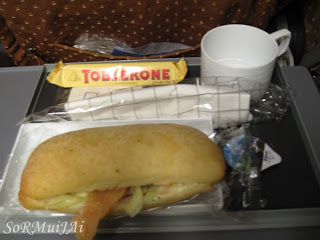 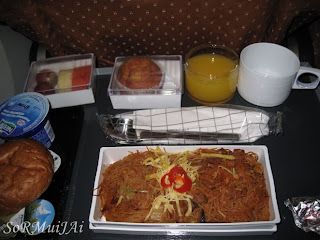 Mee Goreng
All in all, the food on SIA was quite impressive. With some other airlines I've flown, its hard to tell what you're eating let alone whether it tastes good or not. Memories of half baked dough getting plastered to my mouth still haunts me. Not only is SIA's meal LOOK edible, most of them taste quite nice. Not dry or mushy.
Posted by SoRMuiJAi at 8:55 PM