MMmMMmmm ribs.....I salivate every time I think of Hurricane's ribs. The first visit was to the Bondi restaurant after a long hot day at Sculpture by the Sea. Since opening one in Darling Harbour, that's the one I frequent the most. 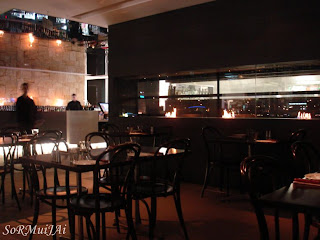 I love introducing people to Hurricanes, especially when they won't believe me that they're not actually pork ribs. They're actually stegosaurus ribs! hehe

A friend and I had tickets to a musical, and not wanting to be in a food coma, we opted to get food to share instead of eating a full rack of ribs each. 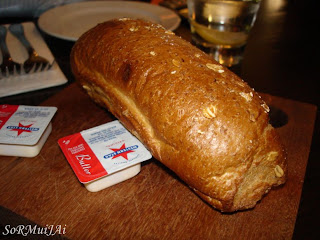 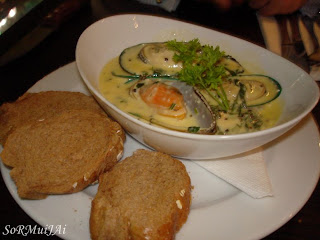 First up was a creamy garlic mussel, served with toasted bread. Whilst the mussels and the sauce is good, the bread was just too brittle to serve any purpose. It couldn't absorb the sauce and just ends up crumbling every where. We ate most of the dish without really touching the bread. 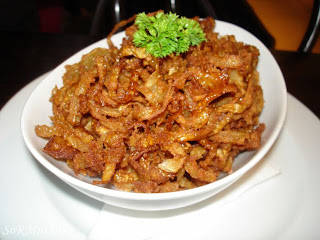 Onion rings
Onion rings were an absolute disappointment. Instead of big thick battered rings of onion, they were thin, shrivelled bits of fried stuff that looks like the dregs of the fryer. Definitely will not be ordering this again. 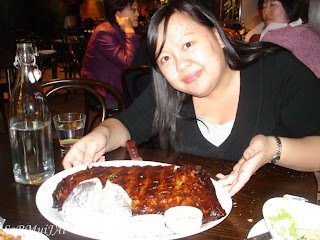 Pork Ribs
Oh yeahhhhhh baby!! Come to mama! Look at the size of these ribs! I barely had to cut these up to share as the meat was practically falling off the bone. Sweet, sticky and moist...its like I'm describing an adult film! hahaha Well, it did taste that naughty! They were definitely finger licking good! MmMMmmm ribs.....
Hurricane's Grill & Bar - Darling Harbour
Harbourside Shopping Centre
Shops 433-436
Level 2, Darling Harbour, Sydney
Ph: 02 9211 2210
http://www.hurricanesgrill.com.au/


View Larger Map
Posted by SoRMuiJAi at 9:31 AM

Email ThisBlogThis!Share to TwitterShare to FacebookShare to Pinterest
Labels: Eating out, Food, ribs

I love hurricane's ribs... wanna have it now ><

I'm trying to convince work we need a team lunch at Hurricanes! Not working so far! haha