Wow......this visit to Pier 26 is ages ago! We actually went to Pier 26 a few days before valentines day, which explains all the balloons and decorations. I really should sort my photos better... 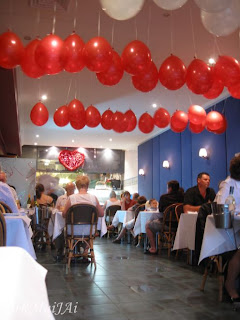 Anyway, to the food! Pier 26 is on the main strip at Summer Hill and is usually packed on a weekend (On the weekends, they sometimes have a drag queen performance). Pier 26 is famous for being a seafood restaurant with huge platters of seafood. Having an entertainment voucher, we decided to give it a visit. 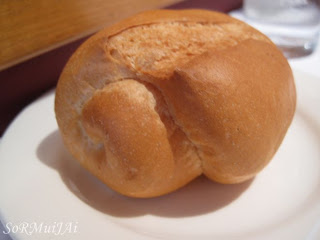 Complimentry bread rolls
Unless you're shelling out big bucks, you generally don't get free bread in any restaurant anymore. Surprisingly, Pier 26 greeted us with bread when we sat down. It may not be an organic sourdough or some other gourmet bread, but it was a nice touch. And it came with proper butter! 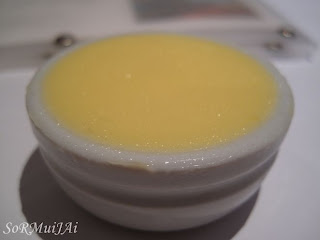 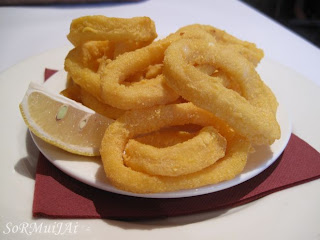 Calamari
We started off with Calamari, which came in a fairly decent serve. The calamari came in a floury crumbed batter, almost like semolina flour type texture. They were big and tender, and went well with the tartare sauce. 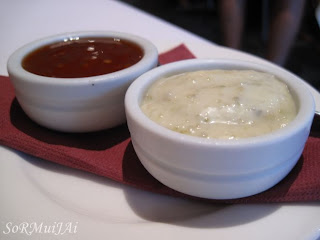 I love how they're not stingey with the sauces. 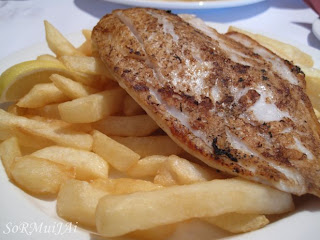 Barramundi and chips
For the main, we both opted for Barramundi and chips. We chose the fish after talking to the owner, and what came out was very different to what was described. We were expecting a big juicy pan grilled fillet of Barramundi, but it turned out to be a small, thin overcooked piece of fish. I really wished we had choosen to have the fish battered and fried instead of grilled. The up side was that their chips are awesomely thick and fluffy. I wish they would give less chips and a bigger piece of fish. There was twice as much chips as there were fish.

I've got the new Entertainment book, so looks like I'll probably give them another go.

Email ThisBlogThis!Share to TwitterShare to FacebookShare to Pinterest
Labels: Eating out, Food, Seafood