Sunday was unbelieveably hot! We spent the morning at the cemetary as its a twice yearly event for the people from our village. Even just the hour I spent there in the morning, I could feel the burn of the sun. Who said its spring? Cos it certainly felt like summer to me! I called up Moishii to have a bit of a whinge and continue our conversation from the night before. He said that there was a Turkish Festival at Circular Quay, and before he could ask me if I wanted to go, I practically screamed GOZLEME at him!

1/2 hour later, Moishii is at my door and off we go to Circular Quay. We park at my work and wander over, the whole time searching for a place that did coffee. But first thing is first, food! My mind was consumed with the thoughts of grilled shish kebabs and koftes, sizzling stoves piled with Gozleme. We split up and hit up a stall each before meeting back up with plates of goodies. After stuffing our faces with gozleme and kofte rolls, we wanted something sweet and full of caffiene. Since the festival was so crowded, we used that as an excuse to visit the newly opened Guylian Cafe!

The waiter told us that Guylian Cafe Circular Quay is the first store to open in Asia Pacific. They have also picked out a site at the Rocks, which is currently under renovation. They're hoping The Rocks store will open mid November, but definitely before xmas. *fingers crossed*

We grab a seat inside by the window, giving us the best view of the Harbour Bridge. The waiter gives us a menu, which we then poured over and ummed and ahhed for about 15mins. The waiter was really helpful, but also really mean in tempting me to order so many things! In the end, we decided to be sensible and ordered a drink and dessert each. 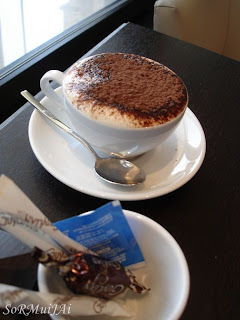 Cappucino and a free chocolate with the sugar 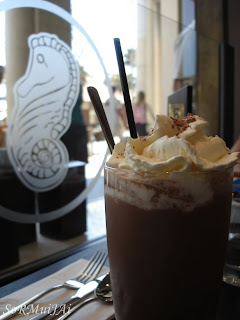 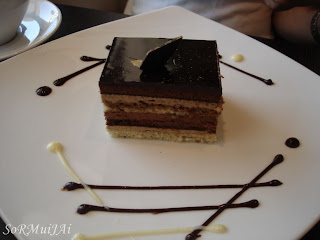 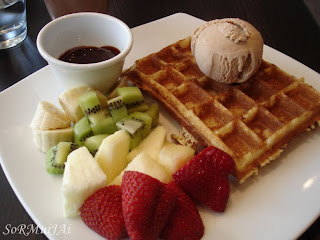 Waffles with fresh fruit and chocolate
I'm not really a dessert person, given a choice between a savoury or sweet meal, I always pick the savoury. However, this was sublime!!! The waffles were crunchy on the outside, soft and fluffy on the inside. The slightly melted chocolate ice cream is absorbed by the waffles giving it the most wonderful flavour when I bit into it. The fruits also ranged from slightly sour to sweet, giving me the full spectrum of heavenly sweetness when I drizzled the melted chocolate over everything. OMG!!!

I'm not sure if it was the sun or the excess sugar consumption, but half way through the meal, we had a laughing fit attack. I'm talking tears streaming down our faces and desperate gasps of air. The whole cafe must've thought we were on drugs or something! About 20mins of laughing left us utterly exhausted. We could barely walk back to the car as we were having a severe sugar crash. Infact, when I got home, I crashed into bed and passed out ontop of my messy pile of clothes and books. I definitely need to go again.
Posted by SoRMuiJAi at 8:08 PM

Sounds like you enjoyed your visit to Guylian cafe :) I wondered what the fruit and waffles would be look, sounds like they were good!

Waffles and fruit was definitely a good choice. I mean, its practically health food isnt it? Some carbs, lots of fresh fruit, and of course, antioxidants from the dark chocolate I ordered. Yep. Health food ;)