A friend and I had tickets to watch Wicked at Capital Theatre. The plan was to grab dinner somewhere close by beforehand since we were both coming from work. Since Musashi is literally on the corner and is one of my favourite restaurants, the decision was an easy one. Since we were both after a quick meal so we had time to walk off the food before the show, we got a seat at the counter almost immediately. Everyone else who wanted a table ended up waiting another 15-30mins. 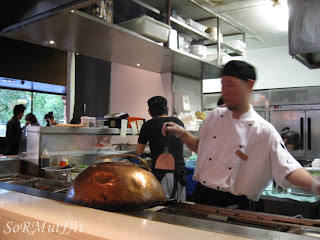 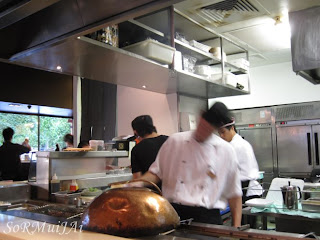 Since I don't come to Musashi often, I decided to go all out. 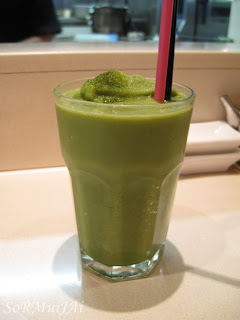 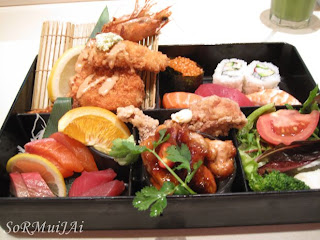 Dinner Bento Box - $23.80
And since I couldn't decide what I want, a Bento box was the way to go. That way I'll get a bit of everything! 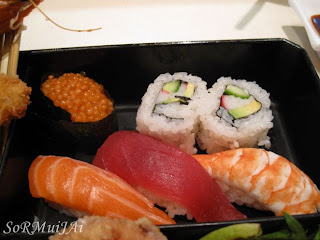 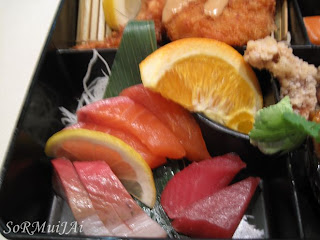 Sashimi
Both the sushi and sashimi was incredibly fresh and delicious. I had to pace myself so I didn't gobble everything up in one go. 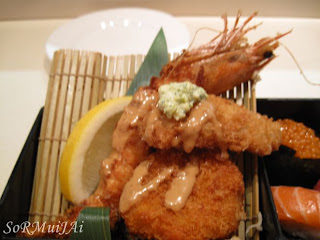 Tempura and croquettes
There were various types of croquette and tempura/crumbed fried goodies. The best would have to be the prawn where the shells were fried until it was extremely crispy and golden. So good I ate the whole thing, head and tail. 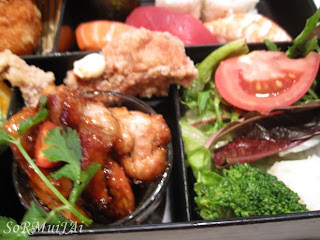 Teriyaki Chicken, Karage Chicken and salad
If the bento box wasn't so big already, I would've asked for some rice to soak up the teriyaki sauce. 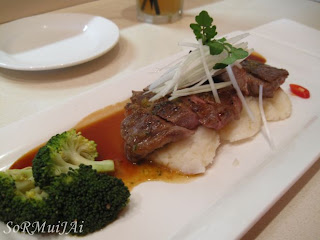 Premium Wagyu Sirloin Steak (180g) $29.80
My friend ordered a wagyu beef steak with scoops of something. We were debating whether its mashed potatoes, potato salad or rice in the photo. My friend was praying for mashed potatoes. From our seat, we can see the chefs preparing the meal and was delighted to see them scoop balls of mashed potatoes from a pot using a ice cream scoop!

Even though we were both really full from our meal, I really wanted to the Green Tea Creme Brulee, which is another must have at Musashi! Usually I pre-order the dessert in case they run out. But since we were early, we didn't have to worry about that. 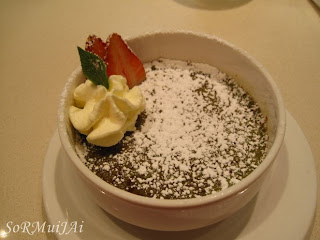 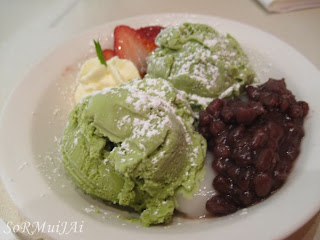 Green tea ice cream with mochi and azuki
My friend opted for the green tea ice cream. Whilst the ice cream was nice, they were very lazy in their preparation. The ice cream has been pre scooped and put into the bowl, then the whole bowl is shoved into the freezer. This meant the entire dessert was a big bowl of hard frozen stuff that you needed to chisel with a spoon. I think some of the cream and fruit was also partially frozen. My friend had to wait for it to start melting before you could really eat it.


View Larger Map
Posted by SoRMuiJAi at 9:13 AM

I've never been to Musashi but it's always full of diners. It looks like I might have to try it one time! Thanks for showing one of your faves!

No problems! I would recommend trying to get there early. Depending on how many people you've got, it's sometimes easier to get a table at the counter. Or do what I sometimes do, put my name down on the waiting list, then go across the road for some drinkies! hehe